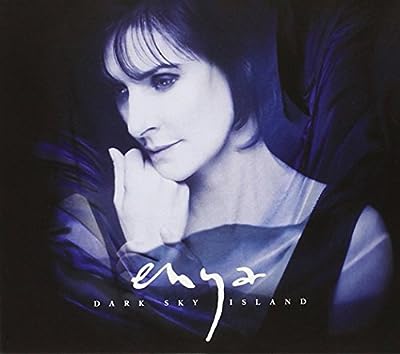 Price: $14.48
As of 2020-01-16 07:59:05 EST (more info)
Product prices and availability are accurate as of 2020-01-16 07:59:05 EST and are subject to change. Any price and availability information displayed on http://www.amazon.com/ at the time of purchase will apply to the purchase of this product.
Buy Now from Amazon
Usually ships in 24 hours
Product Information (more info)
0 0
CERTAIN CONTENT THAT APPEARS ON THIS SITE COMES FROM AMAZON SERVICES LLC. THIS CONTENT IS PROVIDED 'AS IS' AND IS SUBJECT TO CHANGE OR REMOVAL AT ANY TIME.

The Enya creative triumvirate - Enya, producer and sound engineer Nicky Ryan, and lyricist Roma Ryan - started work on the album in the spring of 2012. Inspired by Roma's work on a series of poetry books themed around islands and specifically the island of Sark's decision to be designated as a dark sky island, the album's title track was the first song to be written for the collection.
The album's buoyantly optimistic first single "Echoes in Rain" possesses an irresistible surge of globe-trotting euphoria which made it an obvious choice as the album's lead track. While it shares the adventurous themes of Enya's breakthrough hit "Orinoco Flow," its rhythmic march instead celebrates the anticipation of a journey's end. (Dark Sky Island - release: 11/20/15)