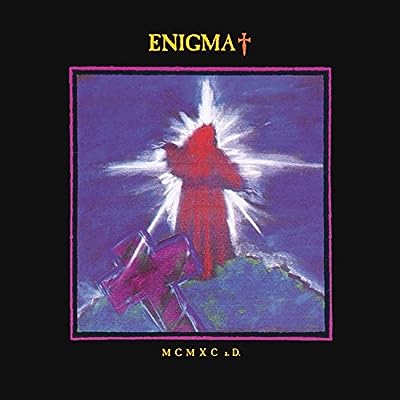 Price: $7.34
As of 2020-01-16 07:54:00 EST (more info)
Product prices and availability are accurate as of 2020-01-16 07:54:00 EST and are subject to change. Any price and availability information displayed on http://www.amazon.com/ at the time of purchase will apply to the purchase of this product.
Buy Now from Amazon
Usually ships in 24 hours
Product Information (more info)
0 0
CERTAIN CONTENT THAT APPEARS ON THIS SITE COMES FROM AMAZON SERVICES LLC. THIS CONTENT IS PROVIDED 'AS IS' AND IS SUBJECT TO CHANGE OR REMOVAL AT ANY TIME.

So much unnecessary fuss was made over Enigma's juxtaposition of the sexual and sacred. After all, Prince had been doing it for years, and his take on it was far more interesting--and a lot more daring. But Enigma's MCMXC A.D. did manage to work a lot of people into a lather, both on the dance floor and behind the pulpit. Their inclusion of chanting monks in "Sadeness," over wooshy ambient noises and a slower hip-hop-appropriated beat was a sensation. "Callas Went Away" promised more than it could deliver, although "Mea Culpa" stands as one of the few shining moments on the CD. The idea of mixing new age aural wallpaper with beats that you can do a slow grind to is actually rather intriguing. Spicing it up with controversial religious chants isn't a bad idea either. But there's got to be something personal to it. After the initial novelty wears off, there's nothing to MCMXC A.D. other than bland, cold, impersonal repetition. Now, that might be what most people are used to, but what's so sexy about it? --Steve Gdula