The Pygmy Hippo Story: West Africa's Enigma of the Rainforest 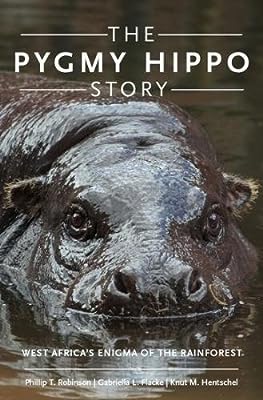 Price: $78.00
As of 2020-04-05 00:35:37 UTC (more info)
Product prices and availability are accurate as of 2020-04-05 00:35:37 UTC and are subject to change. Any price and availability information displayed on http://www.amazon.com/ at the time of purchase will apply to the purchase of this product.
Buy Now from Amazon
Product Information (more info)
CERTAIN CONTENT THAT APPEARS ON THIS SITE COMES FROM AMAZON SERVICES LLC. THIS CONTENT IS PROVIDED 'AS IS' AND IS SUBJECT TO CHANGE OR REMOVAL AT ANY TIME.

Though the pygmy hippopotamus has been designated as a flagship species of West African forests (meaning that by raising conservation efforts for a single species, an entire ecological region could benefit), very little research has been published on the animal. They are solitary, nocturnal, and highly evasive, and until recent developments in "camera trap" technology, they were considered the least-photographed large mammal species in the world. The information currently available on this endangered species is scattered, limited, redundant, and often inaccurate, and no major volume exists as a resource for those interested in the conservation effort for the species, until now.

Phillip Robinson and his coauthors provide a treatment of the natural history, biology, and ecology of the pygmy hippo, along with a discussion of the rare animal's taxonomic niche and a summary of the research initiatives involving it up to this point. The authors show the ways in which the pygmy hippo has come into contact with people in West African countries, both in terms of ecological and cultural impact. This creature has been the subject of local folktales, and is treated as almost mythic in some regions. Information on issues related to captivity, breeding, and zoos is provided. The book is heavily illustrated with original photographs and anatomic drawings. The project should be of use to conservation biologists, zoologists and natural history readers, and will be the definitive single-volume account of an animal that the scientific community has designated to be ecologically significant to West Africa.

Double Cross: The True Story of the D-Da...

Codebreakers: The Inside Story of Bletch...

The Enigma War: The Inside Story of the ...

Battle of Wits: The Complete Story of Co...