The Screen Behind the Mirror 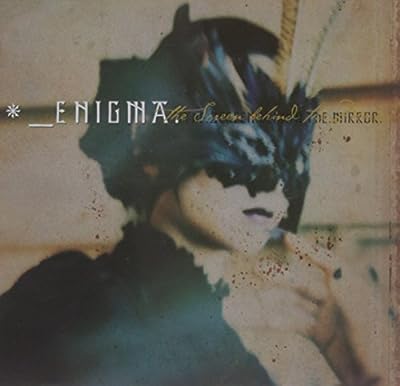 Price: $7.42
As of 2020-01-25 12:49:16 EST (more info)
Product prices and availability are accurate as of 2020-01-25 12:49:16 EST and are subject to change. Any price and availability information displayed on http://www.amazon.com/ at the time of purchase will apply to the purchase of this product.
Buy Now from Amazon
Product Information (more info)
0 0
CERTAIN CONTENT THAT APPEARS ON THIS SITE COMES FROM AMAZON SERVICES LLC. THIS CONTENT IS PROVIDED 'AS IS' AND IS SUBJECT TO CHANGE OR REMOVAL AT ANY TIME.

Includes The Gate; Gravity of Love; Smell of Desire; Endless Quest; Silence Must Be Heard , and more.

Michael Cretu, the man behind Enigma, formulates an intriguing symbiosis between New Age musicality, classical and world-music influences, and dance-club rhythms. Gregorian chants, Native American meditations, and the breathy musings of a French chanteuse have been incorporated into legendary dance-floor hits from his previous three albums. The leitmotif of his fourth album, The Screen Behind the Mirror, is the grandly ominous "O Fortuna" from Carl Orff's Carmina Burana. "O Fortuna" opens the set and appears repeatedly throughout the tracks, sometimes lurking in the background, sometimes storming into the forefront. This album marks Enigma's continued foray into the ambient New Age realm, as Cretu's efforts focus more and more on melding compatible styles of world music, while the tracks are mixed into a single continuum. There's a lot to chew on; bits and pieces of church bells, Middle Eastern singing, and native instrumentation from you-name-it fold into each other on a steady current of shuffling hip-hop rhythms and velvety synthesized melodies. Cretu lends vocals to several songs, and his voice stands somewhere between Peter Gabriel and Phil Collins (though it's not as good as either), tending to distract from the album's flow and mood, lending it more of a prog-rock feel at times that he probably intended. Albums like this continue to invoke the same question: Is this a beautiful, transcendent union of artificial and indigenous sounds or is it just a bunch of self-indulgent schlock? It can be answered either way with equal conviction. --Beth Massa

ENIGMA THE SCREEN BEHIND THE MIRROR